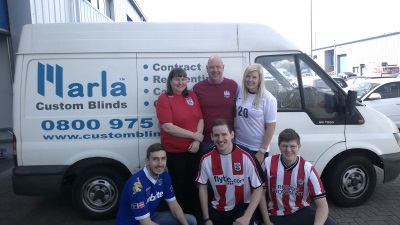 Some of the team members at Marla Custom Blinds supporting Football Shirt Friday on April 17th to raise funds and awareness in aid of Cancer Research for the Booby Moore fund.

Each supporter donated £10.00 to wear their shirt for the day and this was matched by Marla Custom Blinds.

How to get more use out of your conservatory

Conservatories are the perfect way to add space and light to your home, but all…